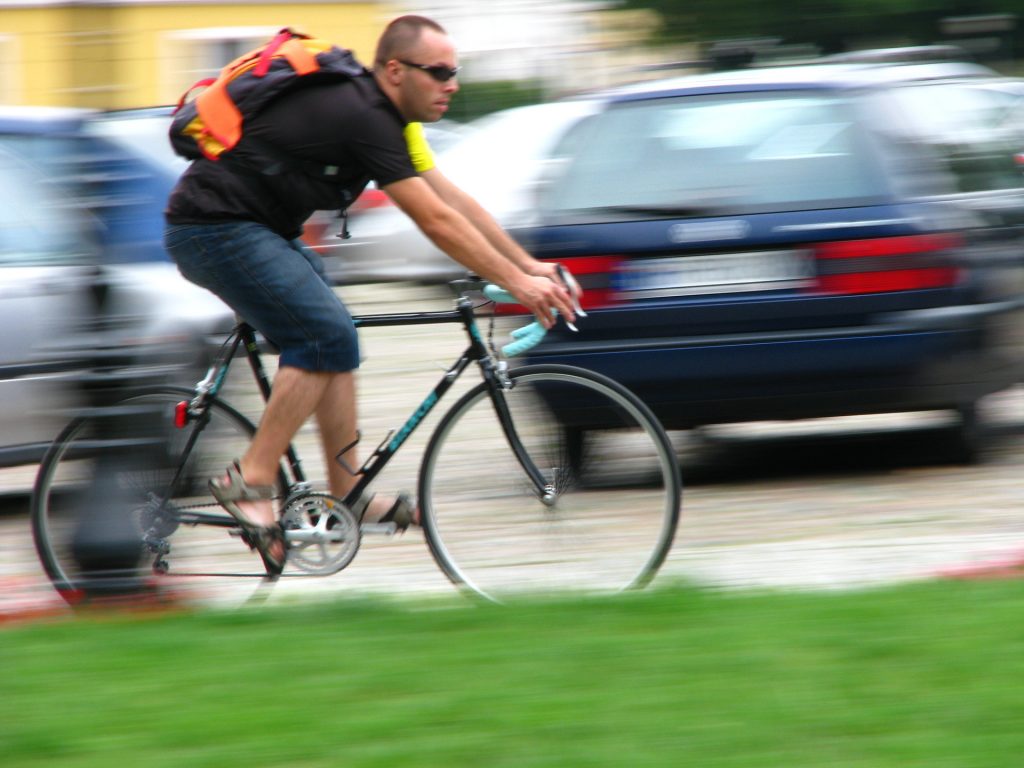 There are many social issues in the world that need attention, and that can affect the lives of certain people in significant ways. Some of these problems might lie beyond the remit of existing charities and institutions, whereas other problems might have solutions that simply haven’t yet been dreamt up yet.

In #socialhacks, this new series from ChangeStar, our aim is to produce some solutions to social problems – solutions which we’ve not seen offered in a significant way by organisations working in these areas. We hope our skills in innovation, communication and strategic thinking will enable us to see problems differently, and find new solutions to them.

Social hack 1 – Safer roads for all

For our first of our challenges, we’re looking at the problem of cycling and road safety – a subject that provokes a great deal of anger and mistrust between two groups of road users – cyclists and drivers.

While these statistics alone are tragic, they hide what seems to be an increasing sense of anger and concern among cyclists about inconsiderate and dangerous driving by car drivers.  At the same time, there is resentment towards cyclists from some drivers for their own dangerous or aggressive actions.

There seems to be a strong sense of resentment between both types of road user. Each side believes the other needs to be more considerate in their use of the road and is putting people’s lives in danger by not doing so. The reality of course is that each party is putting lives in danger at present.

Newspapers and other media stoke tensions with stories of bad behaviour by one or other ‘sides’. Meanwhile, the organisations representing car drivers and cyclists don’t seem to be doing enough to get their own houses in order. For example, Cycling UK – ‘The Cyclists’ Champion’ – has campaigns against unsafe car drivers, but has less focus on getting cyclists to use the roads safely.

The AA has made a reasonable start, with a page setting out some rules on how bikes and cars should share the road. This page on their site is hidden away though, and a campaign on this issue needs to put it centre stage.

Lots of guidance on this issue is of course available from the Highway Code, but this is rather a dry, dull, administrative document that most of us study early on in life just so we can pass our driving test, and then we forget all about it.

So, the brief we gave to ourselves was to come up with a scheme that could encourage drivers and cyclists to both be considerate road users – for the safety of the other party, as well as other people, such as pedestrians.

Thinking about a solution

When we started to consider solutions to this problem, we identified a couple of key issues that needed to be addressed in order to solve it:

One key barrier we identified is the attitude of cyclists and car drivers towards each other. This antagonistic attitude can even take place when one individual is both a cyclist and a driver! Any solution would therefore need encourage both sides on this issue to be:

Ideally, then, we want to end up with the idea that there aren’t two ‘sides’ to this issue. Many of us are both car drivers and cyclists – and we want to feel safe in either context. But we also need to recognise that we each have responsibilities for safe road use in both contexts too, in order to protect people like us who might be other road users.

In terms of the guidance we give to people, many of the rules of safe road use are well established – in the form of publications like the Highway Code or in the guidance that some groups like the AA already have for their users. These publications have their own faults though – they can be quite dry, long or only give one side of the story.

We’d therefore want to make this advice as engaging, relevant and usable as possible. It needs to apply to all road users (e.g. not just to car drivers) in order to make it comprehensive and not seem biased against one particular type of road user.  We’d also want to make it colourful and a bit lighter in tone.

After working this through, we’ve concluded that what’s needed is a ‘road promise’.  An agreement between all road users, where everyone pledges to play their part in safe road use, no matter what role they may be playing on the road each day. Essentially, it’s a more accessible, simple and relevant version of the Highway Code that people will actually use and remember.

And rather than asking each person to pledge to better behaviour on one ‘side’  (e.g. to be a better car driver), the scheme would ask each person to pledge to all sides – to be a better pedestrian, cyclist and driver. This would not only be more comprehensive, but more importantly would encourage people to see themselves as more than one type of road user, and to therefore encourage a sense of empathy with other road users – as on another day you could be that cyclist, pedestrian or driver whose life you’re putting at risk.

Although the agreement would feature a number of simple pledges, it wouldn’t have to be presented as a set of ‘rules’ like the Highway Code, but may be more effective if presented in a lighter, friendlier way such as being a ‘Friend of the road‘. This would steer people away from blaming each other for not following the rules and more towards the simpler, more intuitive idea of ‘Are you being a friend of the road?’. This reminds people that other road users are human beings – something people can forget when they are sealed off in their cars or feeling threatened as cyclists. This move towards warmth, friendliness and community is also an obvious move away from ideas of conflict, road rage and anger, which seem to dominate road use at present.

The pledge could have 4 or 5 quick, broad points for each area of road use, possibly linked by acronyms to remember them better. For example:

The rules we’ve set out above are just for illustration at this stage, and are distilled from the  AA guidance noted earlier. The actual rules should ideally be drawn up and written by representatives of the various road-using parties working together, with consultation from their members and users. For example:

This development process doesn’t have to be slow, difficult or time-consuming and nor should it get caught up in petty politics (remember the 4 principles noted earlier!). But it should enable the parties to emerge with some simple, relevant rules expressed in a way that everyone understands. And simply going through this development process could be a useful way for each party to understand each others’ concerns better.

Even if we can’t persuade the various organisations to come together for a short time to plan this campaign, we must at the very least gain their joint commitment to supporting the initiative – making it a co-branded scheme that all ‘sides’ launch and promote to their users at the same time.

We’d want each group to see the first step as taking responsibility for their own users’ actions and practice. This would ensure they get their own house in order before telling the other types of road user to change their behaviour, and would also show a commitment to good practice.

Promotion and roll out

We’ve not set out any detail for implementation of the scheme here, as these ideas are simply intended to be an initial starting point for discussion.

If you’d like to find out more about this idea to improve the world, or would like to explore ways ChangeStar could help your cause find solutions to make the world better, do get in touch with us now on 01273 964018 or at info@changestar.co.uk.

[i] Department for Transport https://www.gov.uk/government/statistical-data-sets/ras30-reported-casualties-in-road-accidents