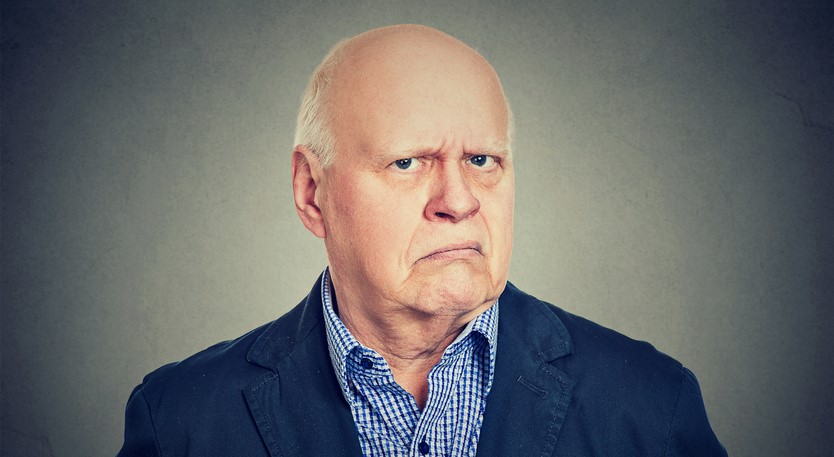 No charity wants to annoy its supporters – in fact most live in perpetual fear of doing so. Yet some still communicate with their supporters in ways that are likely to lead to them feeling alienated and antagonised. This quick guide helps you to avoid some of the common ways of annoying your supporters with your fundraising communications.

Many charities worry that their appeals are too direct or strong in asking for money, but the opposite is likely to also annoy recipients. If you are sending them a letter with an ask, make the ask clear from the start and repeat it throughout the pack. Don’t be vague or have multiple asks, as the last thing you want is for the recipient to be confused as to what you’re actually asking them to do.

You can’t fake authenticity – people can spot it a mile off. If you’re trying (as you should be) to produce a fundraising pack that is a one-to-one communication with a donor rather than a piece of ‘advertising through the post’, and you want to make it look like a letter that has come from the individual, either do it properly or don’t do it this way at all.

For example, if you’re including a handwritten letter which features a colour photo on it ‘attached’ with a picture of a paper clip (you know the sort of thing we mean), this will obviously look fake and recipients will be annoyed that you are trying to manipulate them.  So, have the letter without the fake photo, and include a separate, proper photo in the pack instead.

If you’re going to personalise a letter or an element of a pack, do it properly and with care. Put yourself in the position of the person you’re writing to and consider how they would react to receiving this particular piece of variable text. Check it carefully – for every segment and every piece of variable text.

For example, if someone gave you a cash gift 3 years ago but hasn’t donated since, you might classify them as a lapsed supporter. Fine, but be careful how you talk to them about this in a variable paragraph. Don’t say ‘it’s been a while since you last supported us’ as they may still feel they support your cause even though they’ve not given a donation for a while. Try to understand the way this person might be thinking about their relationship with the organisation, and amend your copy to fit this.

A similar point applies to ask levels. Base your ask levels on people’s giving history, and personalise them individually. Particularly for medium and higher value donors, take the time to check through the records in the file to ensure that personalised ask levels are reasonable and based on a complete picture of each person’s giving relationship with your charity.

Ultimately, the key point is to think carefully about the individual human being on the other end of your letter – not just them as a member of a ‘segment’ of ‘contacts’.

Don’t try to bullshit or pull wool over your supporters’ eyes. Because it’s unethical, and also (if you needed another reason) because it doesn’t work as well as telling the truth. Treat your supporters like adults and operate a transparent, honest relationship with them as this should help to build a stronger, more loyal supporter base. This could manifest itself in various ways, including the following:

It’s important to set clear expectations with supporters on how you intend to conduct the relationship with them, including how you’ll report back to them on how you’re spending their money and the impact it’s having.

This will need to be an ongoing process, but a good starting point for this is to send a pledge to all new supporters that sets out how you will communicate with them and treat them – including being honest that you will ask them for money.

As part of this pledge, ask them to tell you how they’d like you to communicate with them, and include a survey or form to enable them to do this. Give them the ability to control the relationship and feel in control of the relationship.

When a supporter gets in touch with you – whether it is to donate, opt out, praise or criticise, this is one of the most important moments in your relationship with them, as they have gone to the effort of interacting with you.

We’ll see in a later example how to respond to donations, but you must ensure that when a supporter does get in touch with you – be it positive, negative or simply administrative – you deal with this in a quick and polite way, and that you action their request.

If you fail to respond properly when a supporter gets in touch with you, it’s a sure-fire way of annoying them, perhaps to the extent of them passing on their negative view of your organisation to other people.

Thank them for their feedback – whether positive or negative – and genuinely listen to it. And when they ask you to do something – like stop mailing them – make sure you do it immediately.

You’ve gone through the process of asking them for a donation and – yay! – they’ve responded. But you’d be amazed how many charities at this stage view saying ‘thank you’ as an afterthought – perhaps sending an automated email to confirm their donation, or waiting a week before sending a thank you letter (if at all).

So, you should aim to send a proper, personalised thank you letter within 24 hours of receipt of any donation.

8. Don’t talk to them or ask them their views

Find a manageable way to keep supporters informed of your work in a way that will be relevant and motivating to them.

Every supporter communication programme should aim to build as close a relationship as possible with your supporters. Ask them their views – encourage a two way relationship.

If resources were no object, your ideal first communication with a new supporter would probably be a telephone call not only to thank them in a personal way, but also to get to know them, assess their potential for future giving, start to build a relationship with them and ask them how they’d like to be communicated with in future.

So why not do this – with as many supporters as you can – starting with the highest value ones? In reality your charity may only be able to undertake these calls to a limited number of contacts, but this sets the ‘gold standard’ for how a relationship should begin and you should aim to get as close to this as possible with all new supporters. For some supporters, this might take the shape of sending them the ‘pledge’ form as noted earlier, but do ensure you’re trying to get as close as possible to the ‘gold standard’ of a proper personal relationship where the supporter is empowered and heard.

Finally – a word about email. The beauty of using email for supporter care and updates is that you can also use it to keep up to date regularly and give supporters real insight into your work from the ground, without having to worry (as most charities do) about the cost of doing so or how to measure the financial return of the communication.

Overall, we need to treat our supporters like human beings, and with the respect that we would show anyone in real life. They are not abstract figures on a spreadsheet – they are people.

The best piece of overall advice we can give is this – simply apply the principles of building relationships that you would apply to friendships in your own personal life. For example, plan your supporter communications to each stream of supporters (over one year or more) as if you were writing to one individual from that group.  Consider how you’d go about building a good human relationship with them. How would you contact them?  How often? What would you talk to them about?

Also read ‘10 ways to screw up a fundraising appeal’

ChangeStar is a fundraising and social change agency: see our work.