For many charities, the Christmas mailing to supporters is the most successful, and therefore the most important, fundraising appeal of the year. As a result, there can be a sense of pressure on fundraisers to ensure that the Christmas appeal is a real success.

This article examines an award-winning Christmas appeal by ChangeStar in detail to show how you can get some of the most important principles right.

We will look at the Christmas cash appeal we developed for Northern Ireland Chest Heart and Stroke (NICHS), which won the IOF Northern Ireland ‘Best Use of Direct Marketing’ award in 2015. See a visual of the pack below.

The aim was to produce a multi-channel fundraising appeal to fund NICHS’ work caring for people living with the effects of a stroke. We gave it a local focus, asking people to send in Christmas cards to their local NICHS centre to show support for people who had recently suffered from stroke.

Here are a few reasons why the appeal did so well:

1. Relevance of Christmas theme
At this time of the year, it can be tempting to think that covering your pack with snowflakes, baubles and references to Christmas will automatically boost the response to your fundraising appeal. It won’t. In fact it will harm it if it isn’t relevant to the ask you are making.The aim of your fundraising appeal – at Christmas, as at any other time of the year – is to show a focussed need that your beneficiaries have that your supporters can help to address. This should always be the primary focus of your appeal, and if you try to put the Christmas theme in front of this, or crowbar it in when it’s not relevant to the need, then your results will suffer.

In this particular example, the need was to fund care and support services for people living with the effects of a stroke. This meant we could make the Christmas theme relevant to the need, by showing how Christmas can a particularly difficult period for those caring for people who have survived a stroke, and that receiving donations before Christmas could help stroke survivors and their families during this time.

The creative included a red outer envelope, as this had a Christmas feel to it and also stood out from other envelopes that the supporter might receive, and could be a Christmas card, which gave it more chance of being opened. But other than this and the incentive, any further ‘Christmassing up’ of the design of the pack would have got in the way of the need and the message.

2. Storytelling
Any good appeal must tell a story, focussing on the situation of an individual in order to get across the need and the impact that a donation could help to achieve. This particular pack tells the story of a woman who suffered a stroke at the age of only 30, and whose daughter was just 9 at the time. It explores the importance of the support given to her by NICHS after her stroke and the massive difference it made to both of them. This story engages the empathy of the reader, and makes them want to help.

3. Regionalisation
One of the strongest elements of the pack was the fact that the covering letter was personalised to refer to services in the particular region that each donor lived in. This made the appeal feel more relevant to them, and enabled them to empathise with local people. It also made the enclosed incentive stronger, as we will explore later.

Many charities would like to localise their appeals, and in general, the more local you can make them to the donor, the better. But it can be complicated to produce lots of versions of one appeal if your charity operates in many regions, so you need to strike a balance between the benefits of localising the appeal and the additional complexity this brings to the appeal.

In the case of the NICHS appeal, we agreed to localise it to five regions of Northern Ireland, as these would feel local enough to the supporter to engage them, but would also be manageable for the charity to administer.

4. Personalisation
Personalising the pack to a donor can increase both response rates and average gifts. In the example of the NICHS pack, we personalised a range of items, including:

5. Incentive
Many charities struggle to use incentives correctly in their fundraising packs. This is particularly the case at Christmas, as there is a massive temptation to enclose all sorts of Christmassy cards, decorations and incentives to increase response.

But before you stuff your envelope with tinsel, you must ask yourself a question – how will this item increase the income you receive from this appeal? If you can’t answer this question in a convincing way, don’t add the item.

In the case of this NICHS pack, we explored a range of possible incentives with the client, before settling on one that was truly relevant and served a real purpose. We enclosed a Christmas card, in which we asked supporters to write a message of hope and support to a stroke survivor and their family at Christmas. This enabled them to make a nice gesture to show empathy and solidarity directly to a beneficiary, and could help to uplift the donation response as we asked them to enclose this with their donation.

A further nice touch to the incentive was that we offered to display the cards at the local support centre, so that these would be seen by local beneficiaries, which strengthened the sense that it would be worth completing a message and sending the card. Which in turn could also help to reinforce the idea that it would be worth sending a donation.

So, to get incentives right, you need a little lateral thinking and a lot of empathy with the recipient.

If you have the volume to do so, make sure you test your incentives. Most importantly, against a version of the pack with no incentive, and against other incentives, so you can check that they are actually increasing the net income from your appeal, as well as assess which type of incentives are most effective in engaging your supporters.

We hope this has provided some useful insight into Christmas appeals. If you have any questions, or would like to discuss how ChangeStar could help you generate more income from your charity’s appeals, do get in touch with our Director, Richard Docwra on (01273) 964018 or richard@changestar.co.uk. 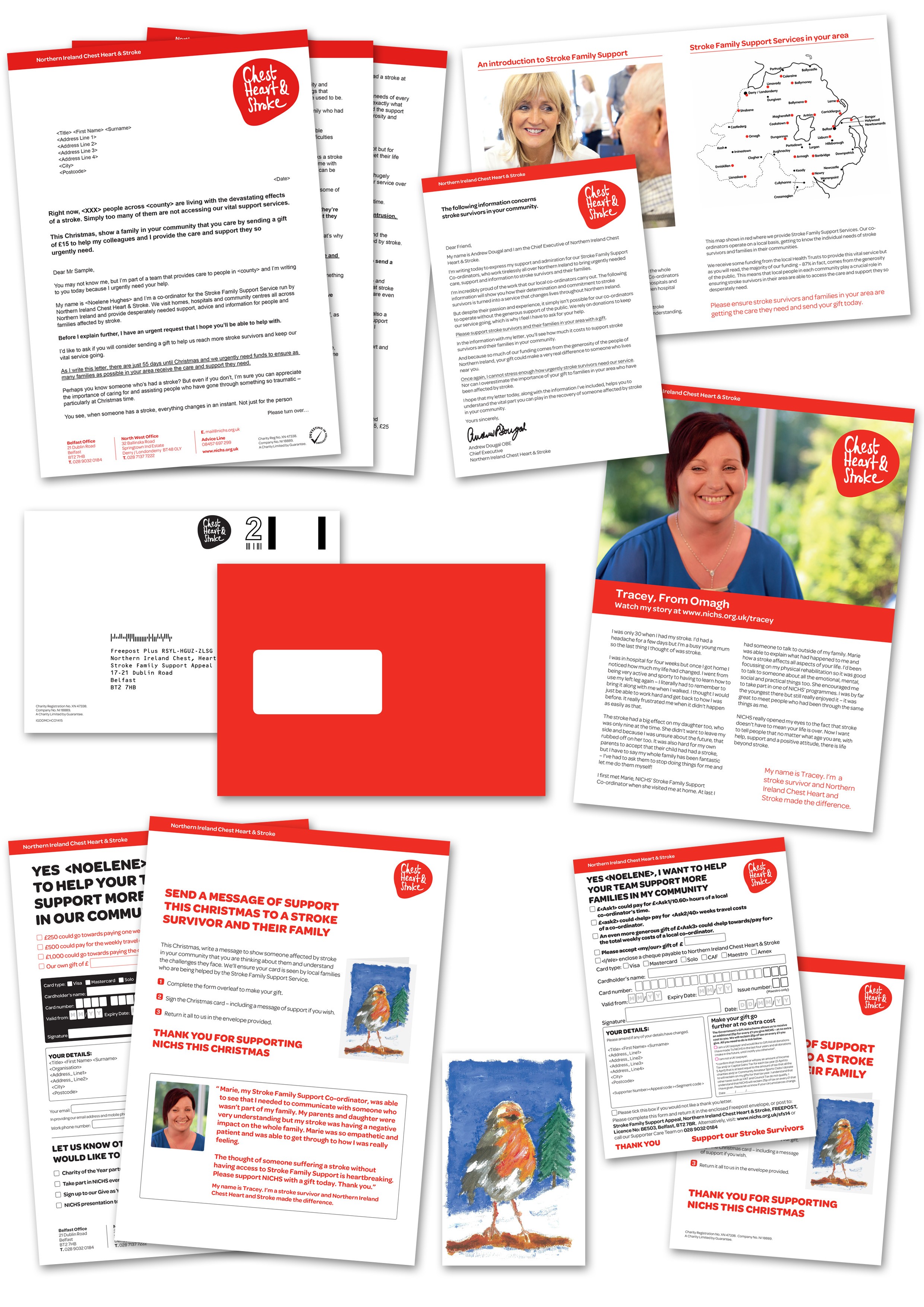